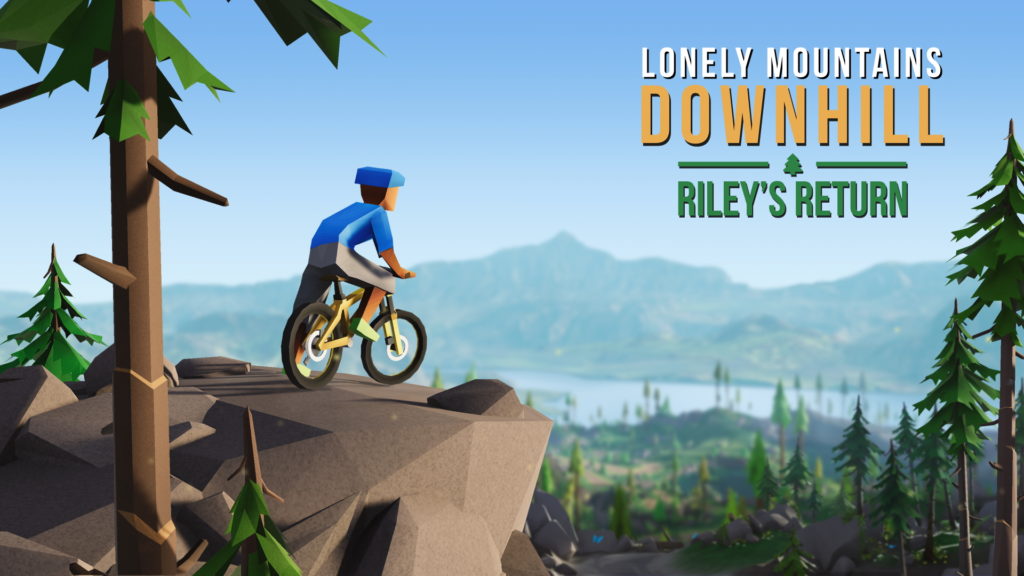 Thunderful and Megagon Industries have today released a big free update for the critically acclaimed Lonely Mountains: Downhill. Riley’s Return brings a lost trail to Mount Riley, along with new challenges and brand-new unlockable earth elemental customisation sets. The free DLC is available now on  Nintendo Switch™,  Xbox Series X|S,  Xbox One,  PlayStation®5,  PlayStation®4, and PC (via Steam). To celebrate the release of the free DLC, the base game is now also discounted by 45% on Steam and on the Nintendo eShop.

With Riley’s Return, Mount Riley has just gotten a whole lot bigger, opening up more of its breathtaking natural environment for you to explore. From the thrill of mastering rides down twisted tracks, to the breathtaking sight of quiet mountain lakes and lush forests in Lonely Mountains’ majestic environments, Riley’s Return takes everything that’s made the game a critical and commercial hit and gives you more.

Take a shortcut by watching the Riley’s Return DLC Trailer

With this free DLC, you can expect to dive into exciting new challenges and relax in two new resting places on the rediscovered lost trail. Battle for supremacy on the leaderboards and unlock cool new gear that mirrors the palette of Mount Riley’s awe-inspiring natural landscapes, including the wilderness colours of the Terra outfit, the new Earth and Forest bags, and a Grime paint job for riders that want to embrace the natural hues of the forest.

“We’re always humbled by the fantastic response we get from our players with every update we release, so we are delighted to open up a whole new area of Mount Riley for them and deliver it to them for free with Riley’s Return,” said Daniel Helbig, co-founder of Megagon. “There’s a lot for our players to get stuck into with Riley’s Return, but of course we’ll be continuing to update the game in the future and players should keep their eyes open for some fun Christmas-themed content dropping on December 22nd”.

Lonely Mountains: Downhill was initially released on October 23rd in 2019. During its first year, the game has been a hit amongst players and critics alike; resulting in more than one million players (2.5 million as of December 2021). The game won awards such as “Best Indie Game” at the German Developer Awards and “Best International Indie Game” at Poznan Game Arena.