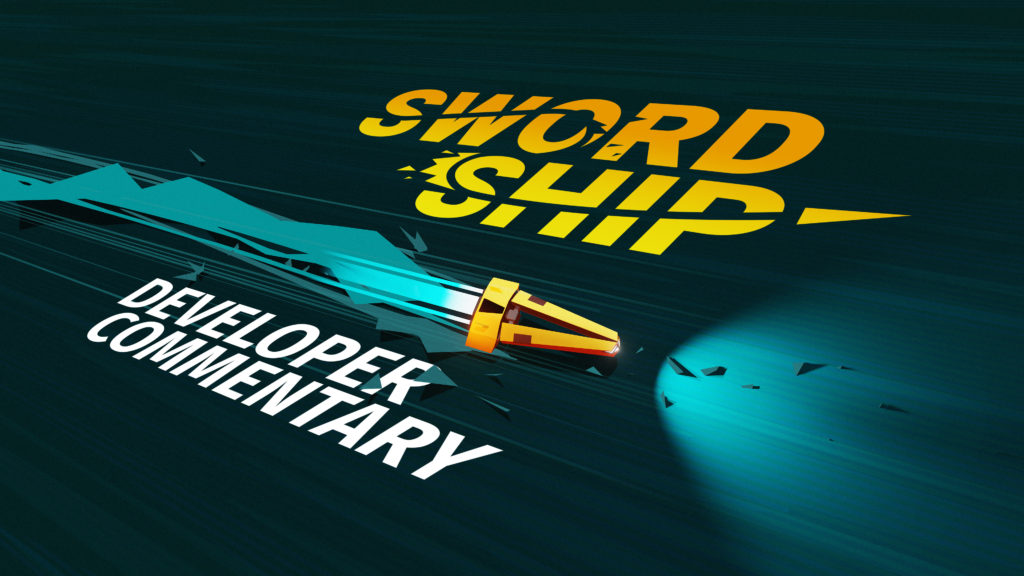 Thunderful and Digital Kingdom’s futuristic lightning-fast dodge’em up, Swordship, has a new developer commentary video which has been released for players to get a closer look at the key features and mechanics of Swordship. The action-packed roguelike will be released on December 5.

In the video, Swordship Game Designer, Sandro, and Lead Artist, Ben, from Digital Kingdom discuss what players can expect from the thrilling chase adventure. They discuss how, from the beginning of the project, Digital Kingdom wanted to explore the fast-paced chase characteristics of action franchises such as Fast & Furious and James Bond. The key element in Swordship is that there are no offensive weapons. Players must use their streamlined abilities, tactics and elements around them to zig-zag, dodge and weave in and out of explosions, turning enemies’ attacks against them, and causing collisions at the last second.

In terms of game design, Digital Kingdom decided to work with a reversed camera angle which allows players to feel the chase and always be in the action. The roguelike structure of Swordship allows many elements to interact with each other, giving a fresh aspect of discovering new things on each new run.

Buckle up because Swordship will be ducking and weaving onto PlayStation, Nintendo Switch and PC on December 5th, 2022, and onto Xbox on December 6th.