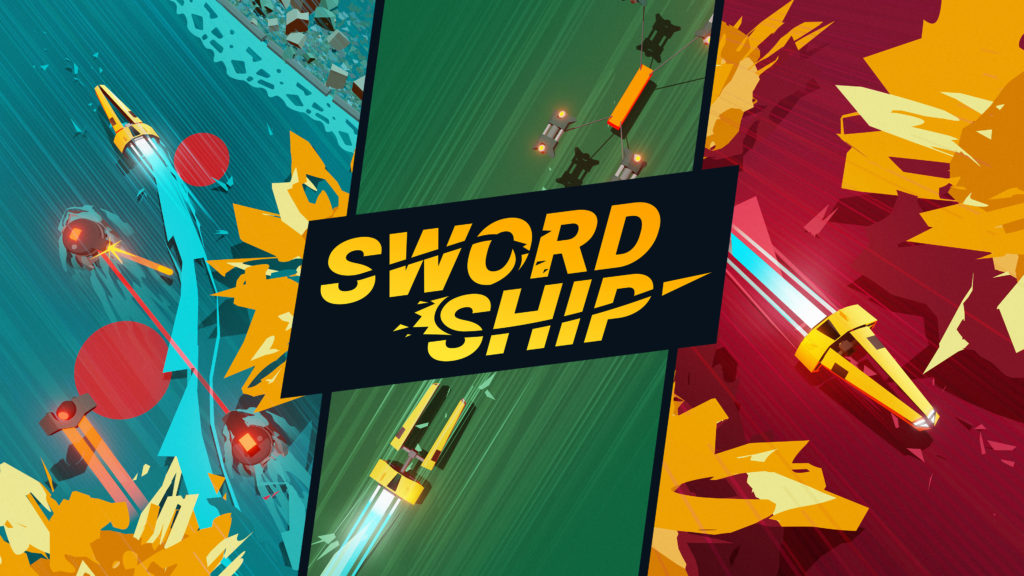 Use speed, skill and enemy fire to your advantage in slick action title coming to PlayStation, Xbox, Switch and PC

Thunderful and Digital Kingdom are pleased to announce that their anticipated dodge’em up, Swordship, will be winging its way onto PlayStation, Xbox, Switch and PC this September. A new release window trailer for the thrilling action title offers players a look at Swordship’s innovative dodge-based gameplay hook.

Swordship asks the question: what would a shoot’em up look like if you removed the shooting? The answer is an intense dodging game where placement is everything. As you speed through a post-apocalyptic flooded Earth pursued by hostile forces, you must weave your way between enemies and their attacks, tricking them into taking each other out with slick and skillful movement.

Swordship is set in a world where the consequences of global warming have forced the vast majority of humanity to take refuge in three gigantic underwater cities. Those who are expelled from the cities barely survive on the burned lands. Meanwhile, the megacities exchange millions of containers loaded with goods every day. You play as one of the small number of inhabitants prepared to steal those precious containers and deliver vital supplies to the banished.

Having an ultra fast boat stripped of bulky and heavy weapons is an asset for a smuggler trying to get their stolen goods from one place to another as quickly as possible, but leaves you vulnerable to attack. That’s why only the most skilled pilots can survive. Using your movement speed, turning the attacks of enemies against them and mastering the different weather conditions offered by procedurally generated levels is the only way to survive.

Players have the option of selecting from a number of different Swordship variants that each come with their own unique active power, offering the opportunity to experiment with a variety of approaches to overcoming the game’s challenging levels. Players can further tweak their playstyle by spending some of their stolen spoils on passive upgrades that can be accumulated throughout a run to boost their ships abilities and give them a better chance of making it through in one piece.

“We’ve been thrilled by the positive response we’ve had to Swordship since we first unveiled it last year,” said Game Designer Sandro Dall’Aglio. “People really seemed to have grasped the intriguing gameplay potentials our unique ‘dodge’em up’ hook offers right off the bat! I can’t wait for everyone to finally be able to play the game when it launches on PlayStation, Xbox, Switch and PC this September.”