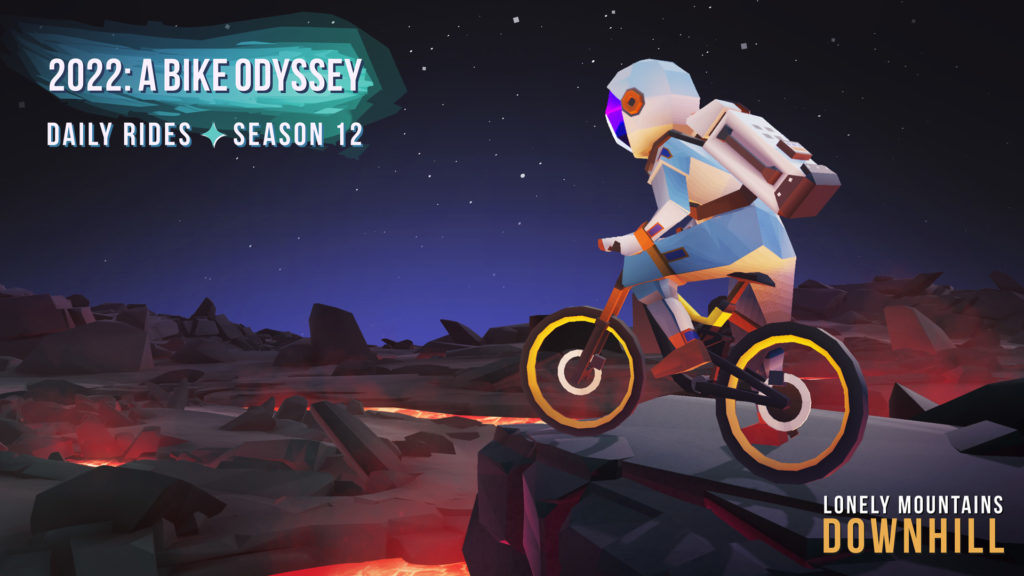 In Season 12, you can rocket your way to a cool new look with these cosmetic items:

Daily Rides is a cross-platform daily leaderboard competition. Each day a trail will be selected randomly, complete with new obstacles and gameplay modifiers. The 4 week season offers up a new theme with unlockable cosmetic rewards for participants. Do you have what it takes to dominate the season? Get riding and see if you can rise to the top of the leaderboard!

Lonely Mountains: Downhill was initially released on October 23rd in 2019. During its first year, the game has been a hit amongst players and critics alike; resulting in more than one million players (2.5 million as of December 2021). The game won awards such as “Best Indie Game” at the German Developer Awards and “Best International Indie Game” at Poznan Game Arena.

A demo for Lonely Mountains: Downhill is available on Steam® and Nintendo Switch™, so if you are on the fence download it and head down the first trail of the Sierra Rivera mountain.