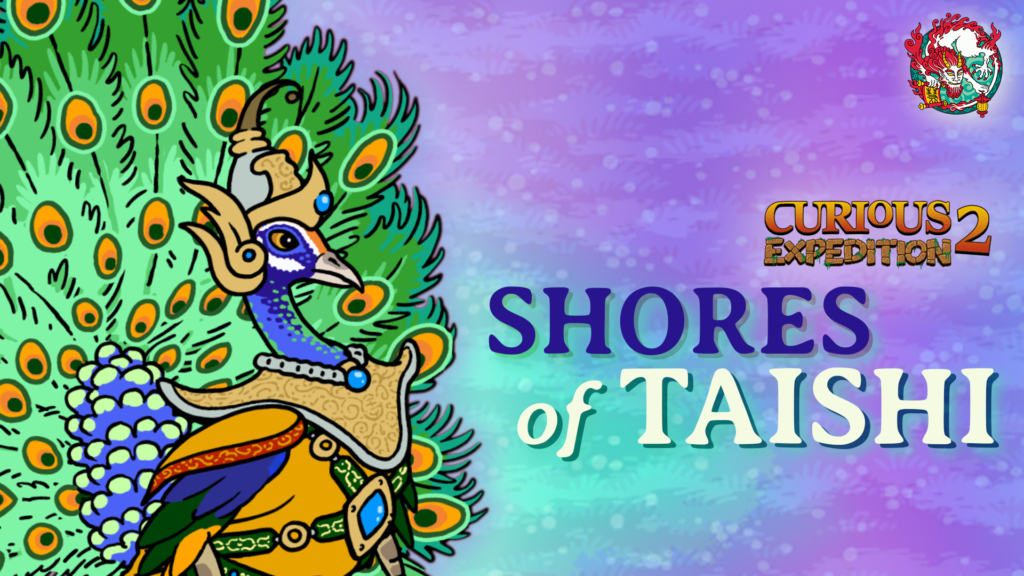 Shores of Taishi, the new DLC for Thunderful and independent developer Maschinen-Mensch’s Jules Verne-esque narrative roguelike adventure Curious Expedition 2, is available today for $5.99 / €5.99 / £4.99 on Nintendo Switch, PlayStation®4 and Xbox One and is also playable on PlayStation®5 and Xbox Series X|S via backwards compatibility.

“Supporting Curious Expedition 2 with new content to expand the mysterious terrain players have to explore has always been important to us,” said Riad Djemili, CEO at Maschinen-Mensch. “This new DLC adds another unique dimension where players will encounter an aesthetic unlike anything they’ve discovered in the game so far. Have fun out there explorers!”